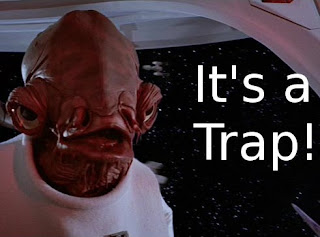 The thing is, the actual storyline wasn't that bad. If this had been given to a better studio this could have been really good. Heck, if it had been made as an anime this could have been brilliant.
But as it is, this movie made me feel unclean. If you'll excuse me, I need to go take a bath.
And repeatedly smash my head against a concrete pillar in order to remove every memory of this movie.

This Thursday we've got another Johnny Depp film, where he has a hankering for chocolate.
Posted by MrGBH at 19:34